The Colorado-based manufacturer moves at lightning speed and needs a CAM solution that can keep up. 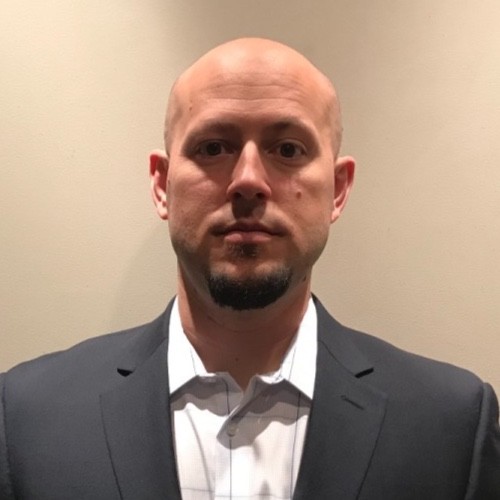 ESPRIT could offer us proven post processors generated by their team of experts to work directly with our specific machines. And the simulation capabilities were like nothing else existing in the industry.

Quick Drive, LLC is a Colorado-based manufacturer of a proprietary line of high-performance drivetrain components for auto racing. Their parts are designed, engineered, prototyped, and manufactured in-house. That’s no small feat for a company that serves customers all over the globe. “We have clients on every continent with a racetrack, from the US to South Africa and beyond,” says Brock Graves, Quick Drive’s owner/operator.

Originally, Quick Drive relied on a third-party company to produce their programming. But working with an outside agency began to present challenges as the company grew and their production increased. “As we started to ramp up our development, prototyping and constant part changes posed a big issue with quick turnaround times. In 2017, we made the decision to bring programming in-house,” says Brock. But shifting to internal programming meant choosing a CAM software to keep up with their shop’s brisk pace.

“After shopping many of the CAM options available, we decided to go with ESPRIT,” Brock says. What was the deciding factor? “ESPRIT could offer us proven post processors generated by their team of experts to work directly with our specific machines. And the simulation capabilities were like nothing else existing in the industry,” Brock says. 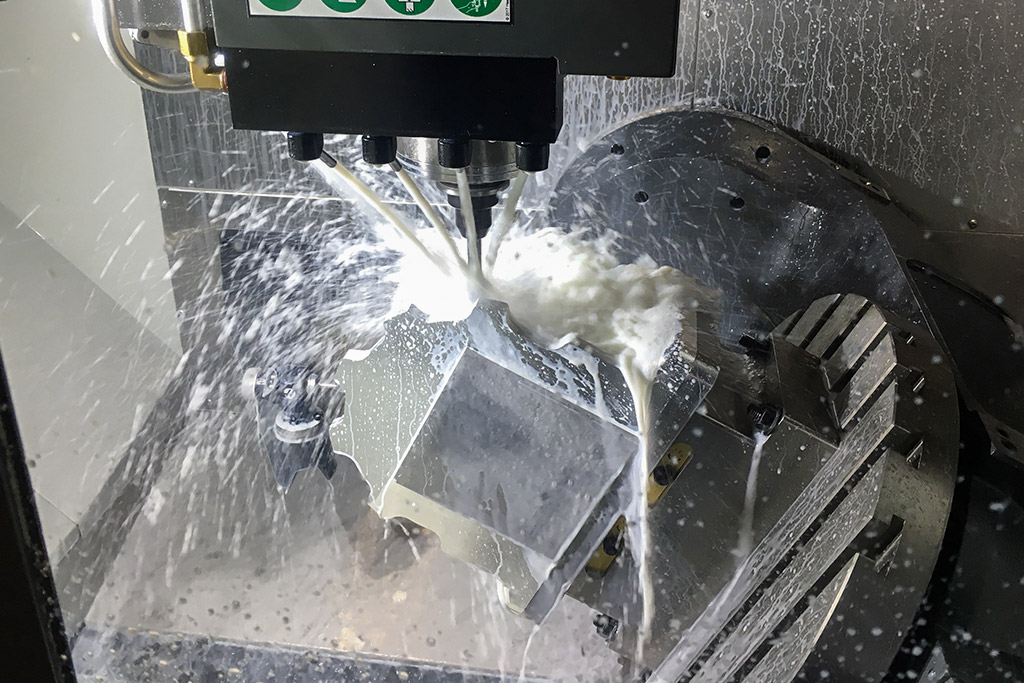 The sheer breadth of components manufactured by Quick Drive is one element of their success. “We build drive units, torque converters, and specialty pneumatic products for drag racing, monster trucks, tractor pullers, drag boats, land speed vehicles, and various high-end custom vehicles,” says Brock. “Our drive unit is composed of more than 20 individual components. The most complex part is a full-billet aluminum case that starts life as a 113-pound cube. It gets machined down to around 11 pounds over the course of about 27 hours of 5-axis machine time. Our converters are made from 6061 aluminum and use a combination of ProfitMilling, trochoidal channel roughing, and the 5-axis impeller strategy to complete,” Brock says.

Other complex parts include converter impellers and converter stators, both of which are 5-axis parts. The converter pieces require uniquely shaped tools and advanced machining methods to complete.

The team at Quick Drive kicked off their ESPRIT license with their 5-axis Haas UMC. For Brock’s team, ESPRIT’s extensive, custom support helped to offset the challenges of learning a new software—and that support continued as their business grew. “As we added new machines, ESPRIT upgraded our software to cover the complex parts we needed to produce on new equipment we brought in. Post processing support, the digital machine package, and assistance was there again to help us through the growth curve very quickly,” says Brock.

“We like knowing that the posts are created by ESPRIT for ESPRIT,” says Brock. “We don’t have to work with a third party to have the posts created or modified for our equipment.”

ESPRIT significantly eased Quick Drive’s transition to in-house programming. “For the most part, the software has been almost plug-and-play for us. When we do encounter a unique situation, ESPRIT has been able to generate a solution for us in less than 24 hours,” says Brock.

Once the Quick Drive team got over the hump of training on ESPRIT, they began to chip away at reprogramming existing parts in their library. The improvement was astonishing. “We recently revisited a part that took 27 minutes to produce. Using the ProfitMilling feature in ESPRIT, we were able to produce the part in 15 minutes. Conservatively, we’ve also extended our tool life between 30 and 40%. Needless to say, we’ll be reprogramming most, if not all, of our parts in the new software,” Brock says. 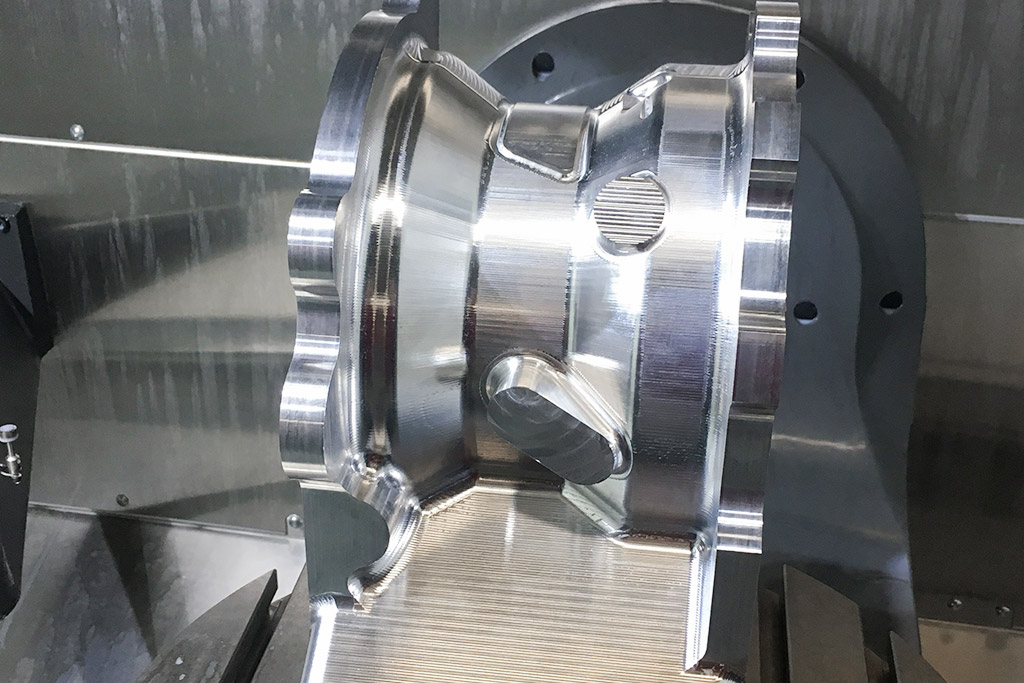 In manufacturing, “time is money” is more than a catchy phrase. Brock is optimistic that ESPRIT will help their team keep up with the constantly evolving demands and innovations of the racing industry. “Our customers are continuously striving to break speed records, week in and week out. We don’t have the option of saying something we developed works well, job complete,” says Brock. Instead, Quick Drive’s product development and improvement efforts are never-ending—the goalposts are constantly in motion. “We spend more time developing our product offering than we do building it. With partners like ESPRIT, we can get things done faster, more efficiently, and more accurately on the first try.” With reduced manufacturing times, the Quick Drive team has more time to develop, plan, and stay a few steps ahead of the competition.

“The racing industry is gaining market share around the world, and the technology in these vehicles is improving exponentially. We see an incredible growth potential in this industry, and we’re grateful to have the tools and resources to keep up with it,” says Brock.