How do you physically write 5.5 million lines of code for a single operation on a 5-axis part? Easy: you turn to ESPRIT®. 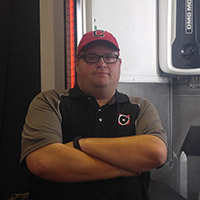 Right out of the box, I had a solid model of the machine, I had a pre-defined template, and I had a factory tested post processor.

A few years after beginning the business with two Bridgeports and a handful of manual lathes and vertical turret lathes (VTLs), Ansco acquired its first CNC machine, a 1979 Warner and Swasey 2SC — thrusting the company into the world of CAD/CAM software. Ansco initially used a simple 2D lathe package. Despite its simplicity, the software served the company well until it began to expand and its needs became more complex: after outgrowing its space and moving twice, Ansco now has a 38,000-square-foot facility, 50 employees, 14 CNC lathes, seven horizontal machining centers, five VTLs and four vertical machining centers (VMCs).

As Ansco expanded and its projects grew larger and more complicated, the company knew it needed a better way to program its large mill-turn VTL machines. “We were having to do manual code edits on every feature we made,” says applications engineer Dave Sterling, the son of Ansco owner Mike Sterling. “I used to write main and sub programs by hand in order to use the machines’ polar interpolation feature. This was okay for straightforward parts, but having to create an individual program with hand edits for more complicated parts consumed an excessive amount of time.”

Ansco began the search for a CAM system that would allow its applications engineers to be more flexible and efficient — a process that took a few years. On several occasions, Sterling and his colleagues met with ESPRIT® president Dan Frayssinet and members of the ESPRIT® sales team to discuss the mill-turn issues that Ansco’s current software couldn’t handle. In the end, it was the software’s ability to program complex mill-turn parts using sub-programs that turned Ansco into an ESPRIT® customer. “Even though we aren’t a huge customer — our initial purchase was for three seats — we got excellent service,” Sterling says. 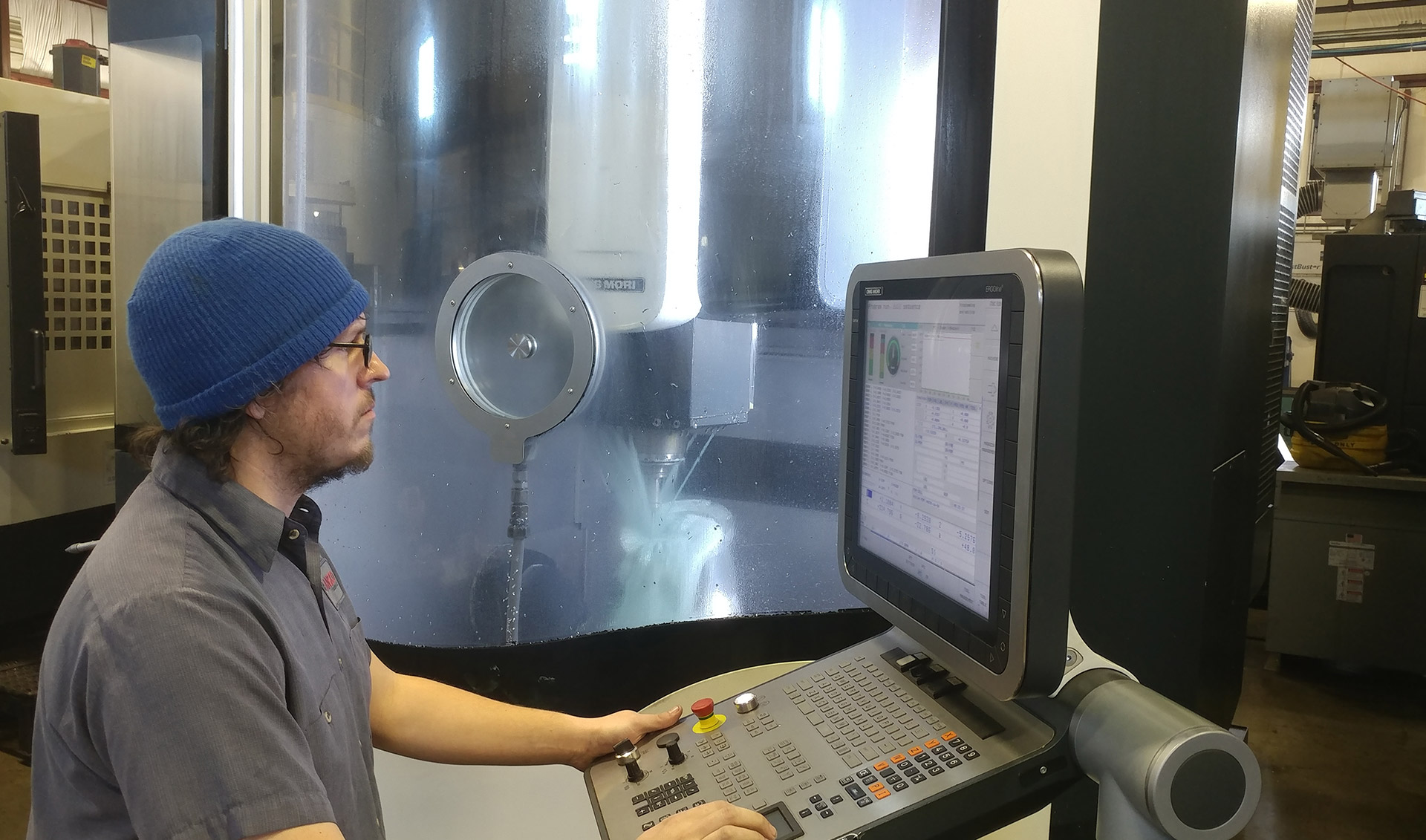 A good post processor is worth its weight in gold

Ansco received an emergency inquiry for an order of fan-type inducers from a customer in the liquid natural gas industry. The customer needed the parts within a week. Ansco had made a few similar parts in the past, using one of five Makino horizontal machining centers, but the process was painstaking. Sterling would machine one side of the part, make a nest for it, then cut the back. This method worked well enough, but it wasn’t ideal.

The new inducers could be programmed on a horizontal machine, but the parts’ complexity would require knowledge of 5-axis machining, which Sterling didn’t have. He called ESPRIT®, and two days later, he was on a plane to Charlotte, NC, to get one-on-one training that would enable him to do 5-axis programming on Ansco’s 4-axis Makino machine. With Sterling’s new training under his belt, Ansco successfully completed the order in time and went on to use the same method for a number of other parts.

That is, until Ansco needed to undercut a more complex inducer and realized that a 4-axis machine wouldn’t do the trick. The company looked at contracting the work out to another shop but ultimately invested in a DMG MORI DMU 65 monoBLOCK. “ESPRIT® was key in my success at 5-axis milling,” Sterling says. “Right out of the box, I had a solid model of the machine, I had a pre-defined template, and I had a factory-tested post processor. The installation engineer was skeptical at first and said, ‘No post is perfect right out of the box.’ But the more parts we machined, the more we realized that the ESPRIT® post really was just that good.

“With so many variables in programming a new machine, having a reliable post processor is so important. The last 5-axis program I ran had 5.5 million lines of code; I couldn’t make sense of it even if I wanted to. But having a reliable simulation and a post I could count on let me focus on workholding, tooling and the actual machining of the part. If it happens on the screen in simulation, it happens on the machine. That’s huge for us.” 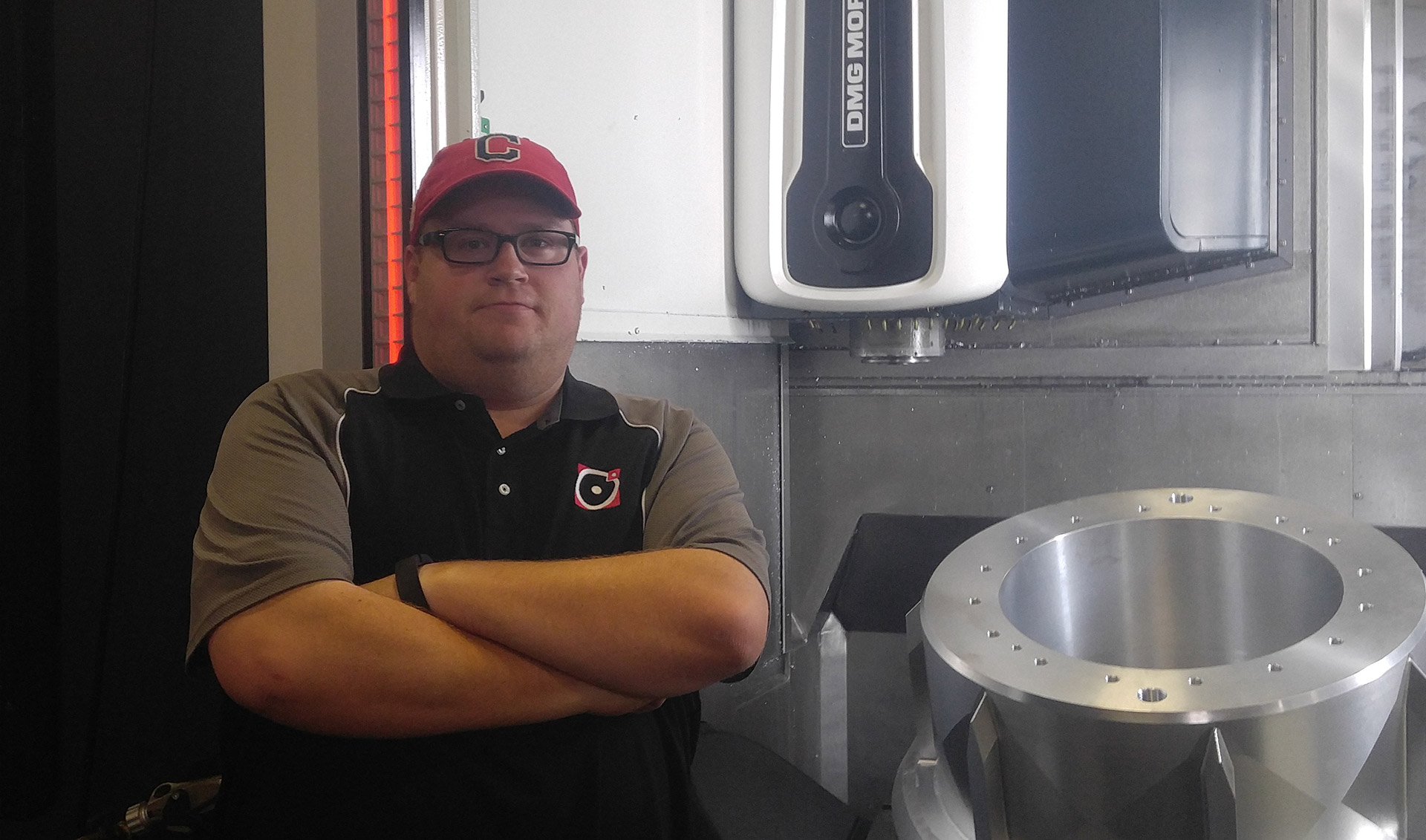 Ansco has had such excellent results with the DMG Mori and ESPRIT® collaboration that they recently ordered their third 5-axis machining center. This has allowed Ansco to move into larger and even more complex parts for a number of industries.  Sterling is also using ESPRIT® to program Ansco’s five Hankook VTLs in house, as well as all of its vertical machining centers.

Having a reliable post processor, accurate simulations and attentive customer service — not to mention the ability to easily write millions of lines of code — lowers Sterling’s stress level, as well as Ansco’s engineering costs and the time it spends on projects. Ansco can then pass these savings along to their customers. Thanks to ESPRIT®’s features, Ansco has the edge to be more competitive than other similar shops, even when quoting for the most complex projects.